Sarah Geronimo: The Making of an Idol 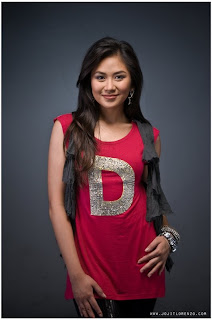 SHE may seem like your typical demure girl, always smiling, answering questions—even controversial ones--in a gentle tone, but Sarah Geronimo has no qualms singing for an audience or acting out a scene in front of the camera.

“I’m not shy when I’m on stage–singing and dancing. That’s the time when I’m the most confident. That’s when I lose my inhibitions. I can do anything up on stage,” Sarah says.

Maybe that is why even at the start of her career, Sarah had already earned praises from big-named stars, seeing the potential in her at an early age.

During Sarah’s 2005 solo concert, The Other Side, at the Araneta Colisuem, Regine Velasquez, Sarah’s idol, already crowned her not just as the pop princess but as the country’s pop queen, as she was able to match the Asia’s songbird’s belting power during their rendition of Mariah Carey and Whitney Houston songs. “Madaming tao ang nagmamahal sa 'yo at isa na ako duon na laging maasahan mo sa suporta," said Regine.

Indeed, Sarah has proven herself well to her peers as much as to her fans. To all this success, she credits her family. 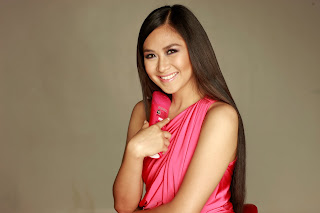 Like with learning To Love You More, her winning piece in the Star for a Night singing search and which eventually became her signature hit. After an unfortunate incident, Sarah never wanted to belt out this piece. It was her father, Delfin, who pushed her to persevere on learning the tune. With enough determination, she sang the Celine Dion original and won the top prize in the contest.

Now, she continues to grow more as an artist, as she molds her acting prowess, working with actors who she knows she can learn from. She tells ABS-CBN.com, “As an individual na artist mas nakakapag-experiment ako to explore sa career and hindi ka nasa-stuck at hindi ka nakukulong sa isang kahon. Maganda na ganito. ”

With her versatility, noteworthy performances, platinum albums, sold-out concerts, and box-office movies to her name, Sarah reminds us that she is indeed a certified Idol. 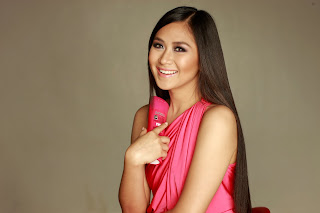 Hair Care. “Siyempre bilang performer, napaka-importante how my hair looks. But with my hectic schedule hindi ako makapunta ng salon or makapagpa-treatment kaya I really need the best hair products available. With Sunsilk, my hair is softer and you can really see the difference from before Sabi ni Yuko (Yamashita, hair expert) i-avoid ko daw ang too much friction, like sobrang towel drying or even aggressive brushing, para laging smooth and straight ang hair ko.”