The British Embassy through its Human Rights and Democracy Programme is providing funds amounting to £59,131.72 (approximately P4.19 million) for a project that will train health professionals in providing proper documentation and expert testimony in human rights cases. The programme will improve the quality of medical evidence presented in court, thereby increasing the likelihood of prosecution.

The British Embassy Manila recently signed a contract with the non-governmental organisation Medical Action Group (MAG) to carry out the project, which will address the lack of medical documentation standards for torture cases, often resulting in the rejection of medical evidence by the courts on grounds that it was not “scientific” enough.

“The effective prosecution of the perpetrators of human rights violations is essential in upholding justice and human rights in the country. This project will have a direct impact on the ability to investigate and secure prosecutions by improving the quality of medical evidence in court cases. We will continue to support the Philippines in its efforts to implement international human rights standards,” said British Ambassador Stephen Lillie.

The MAG training courses have already produced positive results. Just recently, the Commission on Human Rights’ Central Mindanao regional office filed a torture case against a police superintendent and his subordinates after it concluded that they mishandled two suspects. The conclusion was based on the medical examination by a MAG-trained physician of the Mindanao Human Rights Action Centre.

MAG has already forged an agreement with the Commission of Human Rights (CHR) and the Association of Municipal Health Officers of the Philippines (AMHOP) on co-operation in medico-legal investigation of human rights cases.
Posted by anae at 6/20/2011 06:46:00 PM No comments:

Casting call for an independent feature film to be shot around Laguna.

With ot without acting experience

Preferably, all should have dark/morena/moreno features. The actor should be lean, agile and strong.

All interested applicants should submit an info sheet/bio data with 2x2 picture. Please indicate the role you want and your contact details. Submit application to
sinebalaiindio@gmail.com

Deadline of submission is on June 24.

An advice for those trying to loose weight and on harboring on their loneliness: 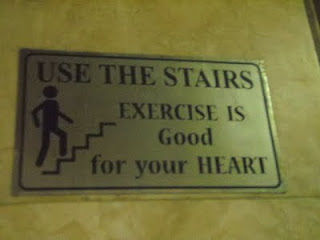 ‘A good teacher has high hopes for her students’

Be one of David & Goliath's brand ambassadors

Go to the David & Goliath Army Facebook application and register
via the online form
Over half a million pesos in prizes to be given away! Be on the cover of Chalk Magazine as one of the newest faces of David & Goliath!
Posted by anae at 6/10/2011 04:19:00 PM No comments:

Email ThisBlogThis!Share to TwitterShare to FacebookShare to Pinterest
Labels: contest

WIN a SONY Cyber-shot DSC-W350 Digital Camera (and other Digicams)!

Get the chance to win a a SONY Cyber-shot DSC-W350 Digital Camera and other Digicams. Make sure to click the "Like Button" to become an Ensogo Fan!

•Eligibility
• All existing and new Ensogo members are eligible to join the raffle promo.
• 1 voucher per Ensogo account only
• The winner will be contacted through the email address registered with Ensogo
• The member must have a complete Ensogo profile in order to be eligible to win the prizes (Name, e-mail address, cellphone number and registered address)
• The member must be an Ensogo Facebook FAN and Ebuystore FAN in order to be eligible to win the prizes
•How to join
• Simply click on the BUY button, complete the form and submit. The voucher serves as your raffle entry.
•Other promo details
• This raffle voucher does not earn you credit under Ensogo’s referral program.
• The promo runs from June 8 to 29, 2011.
• Electronic raffle and announcement of winners will be announced on June 30, 2011.
Posted by anae at 6/10/2011 11:59:00 AM No comments:

Fit for the Big Day

Fit for the Big Day

Email ThisBlogThis!Share to TwitterShare to FacebookShare to Pinterest
Labels: Mod

Here's what to look out for on HBO this week!