Women Breadwinners: When You Make More Money Than Him

“MORE and more families think out of the box, or in a non-traditional way. It is acceptable that roles can be interchanged because of the realities of financial woes,” says Dr. Edgardo Juan Tolentino, head of the psychiatry department at the .

Today’s mothers seem to be top executives. More and more women are becoming breadwinners of their household, while the husbands play the role of caregivers to their children. “In the , to a certain extent, our society is matriarchal. That we have had two female presidents speaks of our acceptance of the woman being empowered,” Tolentino says.

Society views may have changed, but how does that affect your relationship with your man when you earn more money than him? “Always look at the value of what the other person contributes,” Dr. Tolentino advises. “To put it at a smarter perspective, money is important, but look at what both spouses contribute. Even though he (the husband) doesn’t give in as much money, he also shares something else.” 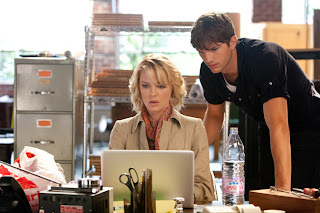 Factors that may have brought upon this type of relationship:

1. Changes in social standard. “There is a change in tradition,” says Dr. Tolentino. “We are now open to a different perspective as we are highly influenced by the Internet. We are able to see other models of relationships, not just the traditional.” We see marriages such as that of Julia Roberts and cameraman Danny Moder which makes us open to a type of relationship where the woman earns more.

2. Personality. “If the man is highly secure with himself and he sees the need to earn, his self esteem is not related to his earnings,” he says.

3. Migration. “The women have greater opportunities to work in other countries as nurses, or domestic helpers. That’s another factor why they have greater earning capacity than the males,” he says.

4. Intermarriages. According to Dr. Tolentino, the Spanish and American colonization and Chinese culture greatly influenced our own. Filipinos have a lot of models of different relationships to choose from.

Advantages of wives as breadwinners

1. Acceptance of switch of roles. “Roles can be interchanged. The man, as long as he is secure with himself, can be highly important even though he is not working. He can take the househusband role, managing the household chores, helping the children with their homework and driving them to school,” explains Dr. Tolentino.

2. Allows for a greater breath of expressing roles. “There is not much pressure as long as both of you and your man are secure that each one is fulfilling an important role,” Dr. Tolentino says. “If you stick to the traditional roles, the doors for cash opportunities might close.”

3. Balance of power. “In any relationship, you will always expect a power balance. Society has put too much value on who holds the purse or who holds the power. But power is something to be shared, 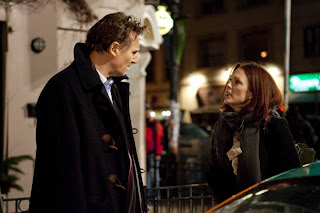 ” he says. “Even though the man is working, it is expected that he gives the money to the woman. So when there is a reversal of roles, she also gets to budget. It’s not untraditional. It is always the woman who budgets and decides on how to spend it. But today, there are some models, in which the woman shares with the househusband the budgeting. She has the option to modify the expenditures.”

Disadvantages of wives as breadwinners

1. External pressure. “This could be because of the cultural and traditional values of the family,” he says. The man may feel powerless because he is earning less.

2. Internal Pressure “If there are personality problems, like the man is insecure or the woman is domineering, the wife may ask questions like, ‘Why am I the one working? Why am I the one bringing home the bacon?’” he explains.