Rhian Ramos ‘Anything Is possible’

WITH three regular shows on GMA-7—Illumina, Kaya ng Powers, and Party Pilipinas— it is amazing that Rhian Ramos manages to make time for herself and her friends.

She says she gets organized and manages her time with the help of her HTC Smart phone which acts as a social calendar and mini computer all in one device. “It really is different when they make the phone easy to use. Who cares about a phone if you can’t do anything with it? I’m not the most technologically savvy person, but I can do much with it,” Rhian says of her phone.

Carry-all. I’m a music lover, I like a phone that can carry music so hindi ako ‘yung type ng tao na maraming gadgets all at once. I don’t carry a bag, so I want everything in my phone. It is a camera, a music player, and a handy computer that I bring about just anywhere. My whole life is practically stored in here--my entire social life, work life, my schedule. I just pocket it with me and bring it anywhere. I cannot live home without my phone. One time umabot na ako ng Quezon City, and I live in Alabang, pinabalik ko talaga ‘yung kotse kasi buhay ko nga ito.

Accidents happen. I was on my way to a taping in Subic. I got lost. Then a car bumped the rear of my car. Thankfully, I was not hurt. That was it. The insurance will take care of it.

Aljur to the rescue. Aljur Abrenica always comes to my rescue when I am hungry. I need not say anything -- somehow he knows I am craving for something and he sends his driver with the food I am craving for. One time I bought four pieces of yema candies for myself. Aljur found out I like such candies so one time, when we were taping in Pampanga, he bought me a bag of yemas. 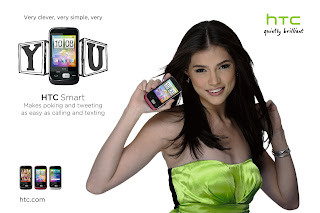 No gap. There were rumors that Marian Rivera and I have some gap. I don't think so. I haven't seen her since I guested on her show (Show Me Da Manny). Even when Dong (Dingdong Dantes) and I worked together (for Stairway to Heaven), Marian and I didn't see each other. She once said she was not jealous about Dong and I working together. So there--we didn’t have any gap.