Sexual Harassment: The Horror, the Horror

Sexual Harassment: The Horror, the Horror

IT might happen in school, in the office, or even at your home.

“Sexual harassment is any behaviour or verbal expression that one find offensive,” according to Dr. Genuina Ranoy of St. Luke’s Medical Center. “It depends on the perception of the person. For some people, it is not sexual harassment because okay lang na ginagawa yun.”

A simple act of putting one’s arm over the shoulder when it is inappropriate and makes one of the parties involved uncomfortable can be an act of harassment. 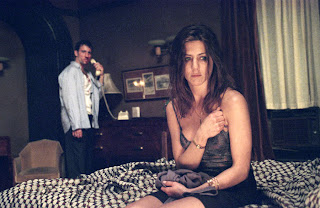 Behavioural. There are times that it might seem obvious, like one’s stare might make you feel uncomfortable or has the interpretation of sexual advances. Or one creates a situation wherein you would be uncomfortable. Sometimes the victim cannot say anything because the harasser’s position is higher.

Verbal. “One example is being called in some terms of endearment, or maybe in a way that has a sexual connotation and inappropriate for you. It would only be sexual harassment if you do not like it,” says Dr. Ranoy.

Actions. “If a guy touches your private parts and he says it’s accidental but for you its not, that’s sexual harassment,” says Dr. Ranoy.

How To Cope with Harassment:

Say it. Dr. Ranoy says that you really have to say what you feel, like “’You’re going beyond boundaries,” so that the person would know. Tell him, because some people are not even aware that they are harassing other people. “

File a complaint. “Tell the authorities,” advises Dr. Ranoy. “That way, they would look into what you are saying and have the proper venues to discuss it.”

Don’t feel guilty. “People often say that it is the victim’s fault, especially if she dresses in a sexy way. ‘It is their fault as they are inviting,’ harassers would often say,” says Dr. Ranoy. “No, it’s not your fault. Don’t feel guilty about it. You did not like what was done to you.”

Check yourself. “Check the way you behave. Certain verbal expressions may be seducing. Maybe unconsciously you are being seductive,” says Dr. Ranoy. “Especially if there is a pattern that wherever you go you are being sexually harassed, ask yourself why. It is not necessarily the way you dress up, but the behaviour also. People might think that to you it is okay because you are inviting.”
Posted by anae at 10/30/2010 02:27:00 PM