Brandy is a strong willed woman who only wants no strings attached hook-ups. That's why when she was in Italy, she put that out to handsome Ivo. A vacation fling, and nothing more. As the days progress, she seems jealous of Ivo's ex, can't get enough of him, and more.

The reason why Brandy only wants one night stand is because of her mother. She's worried about getting Alzheimer's as her mother is suffering it. Too worried in fact that she might have actually conditioned her mind into that( just me, okay). Too worried that she had set herself up as a test subject. Tsk tsk. 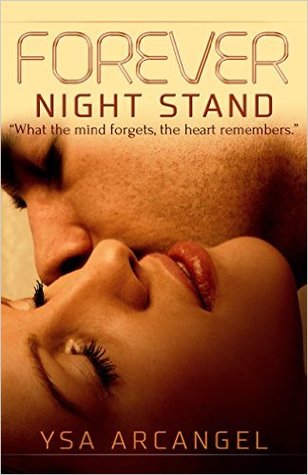 I really love the names of the characters. Although when you say Brandy, it's actually Brandy the singer who first comes to mind. But glad to have met this second Brandy.

Brandy has a short fuse but Ivo goes into beast mode when Brandy is concerned.

Eventually, Ivo and Brandy moves their romance from Italy to the States. When Ivo plans a beach getaway, they do the impulsive and get married in the Philippines (forget the documents, it is more fun in the Philippines after all). Glad that Arcangel chose the Philippines (Boracay!) as the setting for the two main character's beach wedding.

When Brandy decided to to undergo surgery for her condition, she forgets the last few years of her life, making Ivo pursue her again.

Think of it this way it's the Notebook meets the Vow. If you cried in any of those, ready the tissue. Not a fan of Nicholas Sparks, then maybe a little (er actually a little more and a little more than that hahah) bed action can convince you to give this romance a try.
Posted by anae at 5/25/2016 02:37:00 PM