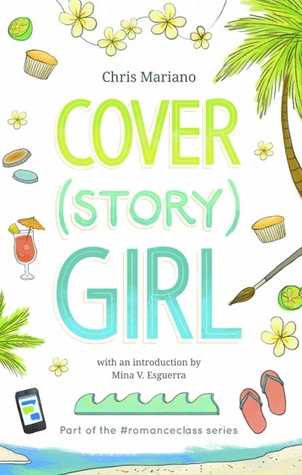 There is more to Boracay than the powdery white sand.There are activities on Bulabog Beach, there's the party scene in White Sand Beach, but this book gives more than just that.

Enter Gio, a local guy who had to go back to the province to work for his family's museum so that he support his little sister's studies and at the same time be there for his mother and grandmother. Gio plans things to the littlest detail. So, imagine when Min Hee, a Korean model, CEO, amnesiac, and other things which you can believe what she says asks that he be her tour guide, well let's just say he also planned those two days carefully. LOL!

There is a flight to Kalibo from somewhere in Korea flight, that's probably why I can see Min Hee choosing Boracay as her quiet spot. However, just like what the book did say, there are a lot of Koreans in Boracay, Last time I was there July last year, it was like half of the tourists where Koreans.

I like the premise that it is a tourist and a local, especially since I've heard stories like this. Plus, I think that if you are a tourist, there is no one or less people who will recognize you. People wouldn't know if you are the daughter of a CEO, a boss of a big start-up, a model or an actress, or just about anything.

I knew it, Min Hee is a Korean actress, that's why she hides whenever she sees fellow Koreans.
This book has a Notting Hill feel to it, especially the ending! I really, really, really love this! 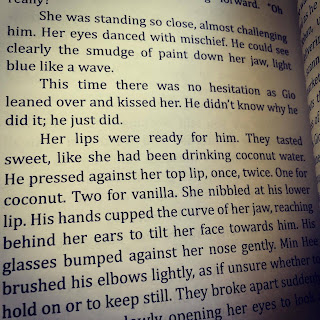 The story has been told from Gio's point of view, and it is a welcome change. You feel like it is not only Min Hee who is getting toured around Boracay, you too. There's the bat cave, the pineapple farm, and the indigenous village that I can only wish I could visit the next time I go there.

Plus, the apology gift, the calamansi muffin, I wish I could have one right now!
The author certainly had done her research and has (I think) lived it. Well, according to her bio, she is from there.

Forget #laBoracay and instead have Chris Mariano transport you to these beautiful islands.