Read: The Retreat by Yeyet Soriano

What would you be willing to do to secure a publication deal of a lifetime from the biggest publisher in the country?

The challenge: You have to write a true-to-life crime story set in the Philippines. The case should not be completely resolved. At least 75 percent of the manuscript needs to be completed within thirty days. You have to be willing to go on a week-long writers’ retreat in an undisclosed location to discuss your manuscript and be critiqued by the other participants. Afterward, you have to be ready to revise and edit the manuscript for final publication.

The prize: Enough money to retire and just write with a guaranteed platform for release locally and internationally.

The catch: You can’t breathe a word to anyone. Post anything on social media and you are out. You will be asked to sign a nondisclosure agreement and a release that removes any responsibility from the organizers should anything untoward happens to you. You will not be allowed to bring any gadgets to the retreat. You will be completely cut off. 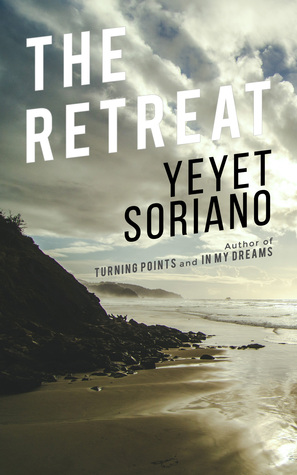 The characters each had a chance to open up about wrong doings (whether they did it, it was done to them, or they were in any way a spectator). A

Simon (rockstar murder who I guessed right (yippy)) and Philip's (akyat-bahay) story were interesting, but it was the women's who moved me more. Pity, Maggie and Rhodney though.

However, statistics speaks true about this. One out of every four girls have been sexually harassed, abused, or raped. I can only imagine the horrors of their childhood. Thank goodness Rhodney came to this retreat for she finally confronted her demons. Even though Maggie had no knowledge that was being done to her was wrong, the implications that it gave her were more severe. Case in point, is the recent Stanford rape victim letter.  Part of my advice to these women is to accept it, but do not let the perpetrators run free. Make them accept the greater consequences, just as you have had. It will be a hard road to travel, but never give up.

The story of the four authors have already been talked about in this book, which makes me wonder what the other four books will offer that has not been spoiled by book 1.

That's something to watch out for, yes?

The Retreat and other #HeistClub Books are available here at http://bit.ly/heistclubamazon

What you're saying is completely true. I know that everybody must say the same thing, but I just think that you put it in a way that everyone can understand. I'm sure you'll reach so many people with what you've got to say.